Why and how technology is making children and teens anxious 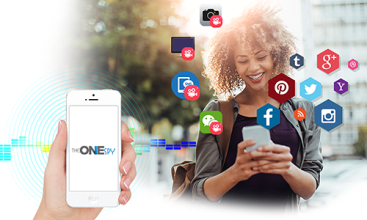 Why and how technology is making children and teens anxious

Ever since smartphones slipped into our lives, they became a replacement for regular phones. The change marked a new era, as features that one typically found on only computers, were made available on handheld, and, very portable phones.  Androids and iPhones both, initially just popular grabs, made their way into necessity. Younger generations, however, that spend a major chunk of their time and social lives on smartphones seem to be exhibiting a lot of negative side effects of excess phone usage and the jumping anxiety levels seem to be directly proportional to this technology and screen time.

Mental and psychological health or wellbeing is judged by a combination of markers such as general life satisfaction, happiness and self-esteem. A new study that surveyed more than a million American High school students, gathered that adolescents who had a higher amount of screen time that included activities like social media, texting, and gaming, experienced a much lower sense of mental well-being. Likewise, the survey discovered that those who spent less time on electronic devices were the happiest. This significant difference seems to reiterate the harmful influence of increasing smartphone usage on young people. Screen record on Mac to limit the time your kids spend on screen.  But what exactly causes these problems in specifically the younger generation?

According to American psychologist, Dr. Ellen Hendriksen, uncertainty plays a huge role in causing anxiety, even though technology has become a medium for answering questions instantly. For example, Google Maps helps you find the best route to your destination; if you’re looking for a culinary recipe, you no longer need to make a trip to book store and pick a recipe book-Google has it sorted for you from the simplest to the artisan ones.

But why have these shortcuts led to a jump in stress when it seems they should be doing the opposite? This is due to the fact that technology provides us with answers for things to do, not for realistically happening life.  It cannot possibly take into account the myriad of individual situations and differences. While Glassdoor may prepare one for a basic job interview, it can’t teach one how to handle an interview in unsettling circumstances. In short, technology leads young people to believe in simplified and definitive outcomes which rarely happen in real life, only setting them up for further uncertainty and disappointment.

Smartphone screen and their apps and features have made it convenient for people to avoid others r situations that make us uncomfortable. Ordering food, for instance, or shopping, without human interaction are great but can increase social anxiety, once made a habit of. In the long term, this has the damaging effect of feelings of isolation and decreased confidence.

As soon as teens begin to evade the uncomfortable emotions that they associate with human interaction, such as awkwardness, self-consciousness or boredom, they will begin to lose the familiarity of handling them, and in the process start to fear them.

So many teenagers end up in intimate relationships online that suddenly evaporate when and if, brought into the real world. As a result, they often fall into depression or lose motivation for their goals. This is because relationships practiced or based mostly on screen, don’t work out the same way in the real works. Text messages or IMs are usually carefully thought out, edited, corrected and can sometimes even be deleted after being sent. We perform relations in different way in our real life.

The real world also doesn’t give us filters at our fingertips that are applied to almost every youngster’s online pictures, creating and setting unrealistic ideals for themselves and the other party. TheOneSpy helps you to screed record on Mac to make sure your kids aren’t spending more time on screen based chats.

The “likes”, “reacts” and comments on posts that are opinions, vast collections of picture, selfies and videos, don’t do anything to actually boost confidence. Instead, they encourage terrible ideals of addiction, dependence, and validation from others for feelings of self-worth and fleeting highs. It also leads to comparisons, envy, and anxiety among the young who are just adapting to their changing bodies and world.