Benefits Of English For Academic And Professional Purposes 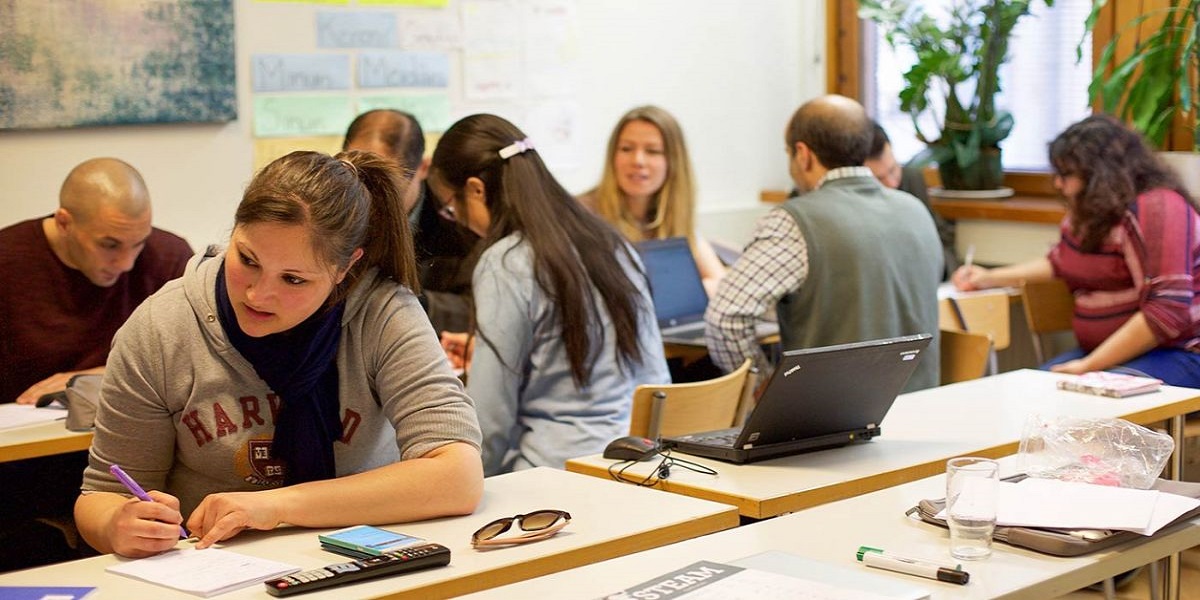 Benefits Of English For Academic And Professional Purposes

It is a fact that the language of the superpower of the time always dominates in the world. Historically, the British were also used to rule the world while expanding their empire from Europe to South Asia. Great Britain was also one of the superpowers in the past and introduced English for academic propose. In addition, the US is the current superpower of the world, and its native language is also English. Therefore, history is replete with English literature. Commutatively, all these factors give impetus to the English language. It has become a standard language for communication in the world. English prevails from technology to literature. It has also become part of the high culture in different societies of the world. Therefore, English has become a must for academic and professional purposes.

Furthermore, there are the best universities in the world that offer courses in the English language only. Hence, there is an increasing trend for choosing English among international and domestic students all over the globe. Proficient and fluent English widens the horizon of professional opportunities. Consequently, it can lead to the better growth of the business. There will be a range of options in the future if you choose English in your school days. There are multiple reasons to learn English. However here at at Bioneers Live, the following are some of the most significant benefits of English for academic and professional purposes:

Most Widely Spoken Languages On The Planet:

English is unquestionably one of the most widely spoken languages on the planet. English is commonly spoken in many parts of the world. It is also one eof the official languages of almost all the international governmental and non-governmaental oragizations. Moreover, countries natively not English-speaking have also declared it as one of their official languages. So if you can speak the English language , half of your impediments are already wiped out.

The De Facto Norm For Commerce And Trade:

The English language is frequently the de facto norm for commerce and trade. Most of the business transactions and documents are being conducted in English. Therefore, if you have studied English at some respected English school, you have more chances to become part of any corporate entity. In that case, you can expect to be able to conduct business transactions, produce and respond to documents such as emails, memos, contracts, agreements, and reports, and possibly pursue a career in business.

Globalization has drastically changed the work structure of companies. Contemporary, there is an increasing trend of multinational companies (MNCs). One company has multiple branches in different parts of the world. Thereby, most of the MNCs communicate in English. Therefore, if you have learned the English language, you have more excellent prospects and opportunities in this globalized world. Though English is not a declared official language of the globalized world, if you have a close look, you will find English as a dominant language. Companies of all types, particularly international companies, are looking for workers who can communicate successfully in English (perhaps with a first language). Hence, speaking and understanding English clearly and confidently could give you a considerable advantage when hunting for work.

According to a dissertation help firm, globalization has also shrunk the distances between the people. Today, people are interconnected than ever before. It has led to fast travelling and tourism around the world. Hence, if you have foreign trips, English can play a vital role in communication with others. It allows you to explore the world in a better way. It will also help you reach a logical conclusion after exploring different parts of the world and interacting with multinational people. Therefore, it is an essential tool for socialization and exploration of the world.

English is one the most renowned and familiar languges in the world. It has a prolonged historical and literary background. There is infinite literature in English that you need to study. From research papers to the books, English language has a significant part of it. English is the most widely spoken language among academics around the world. Although critical study and work are carried out in various countries and languages, the vast majority are undertaken, produced, and published in English. Therefore, the English language stands you among the rest if you know English. As often, translations miss the critical points of literature due the language gap. However, you can get access to the infinite knowledge of English.

Software Programs Are Designed In English:

Technology is crucial and significant in today’s world. Many software programmes are designed in English. Therefore learning English can bring vital benefits and information to those who are technologically inclined and ambitious. You can get benfit from the sophisticated technology in a better way if you are acquainted with English. Therefore, you need to learn the English language from the very start to get the maximum benefit out of it. The original version has its perks as compared to a translated version of the technology.

Above all, the top educational institutions in the world offer courses and degree programs in English. So, if you want to be a part of one of the top universities in the world, you have to be proficient in English. For instance, the US has many English schools and universities that are well-known for their success in the educational field. Every year they produce several scientists, journalists, entrepreneurs, engineers, economists, etc. Therefore, English has become a compulsion in the competitive world. Moreover, while learning English, you need to keep in mind that your education is an investment, and you will cash that investment one day.

In a nutshell, English has multiple and multi-dimensional benefits for academic and professional purposes. To conclude, the learning of English has far-reaching implications in the 21sr century. Therefore, you must learn English to understand the world and better business opportunities better.